​The game opens with a girl standing under still clouds. When the player begins tapping the spacebar and Z, she begins walking ⎯ the tapping represents her footsteps. The faster you go back and forth between the two keys, the faster she runs. The game was intended to introduce different characters "randomly" so that every time you took a walk, you'd have different company and a new experience. For the demo above, the bird appeared only if the player is running during a certain timeframe in the game.

Stop tapping keys, and the girl stops walking. And then melts into a rock.

Programmed in Processing 3, sprites created in Photoshop CC. Created for the Interactivity (DMA 28) course at UCLA.
​

Programmed in Processing 3, sprites created in Photoshop CC. Created for the Interactivity (DMA 28) course at UCLA.

A 360° video that lets you chill on a raft in the middle of a misty sea-mountain clearing with the soft sound of waves. Peaceful, except for one crabby little dude that makes a commotion trying to get past another raft.

Composited in After Effects CC, sprites created in Photoshop CC. Created for the Motion (DMA 24) course at UCLA.
try it here >> 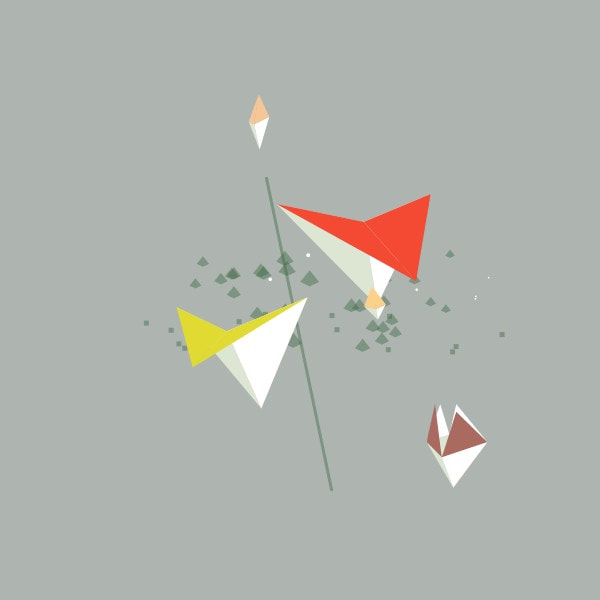 A program that generates a unique bouquet of shapes and colors each time it's run.

Programmed in Processing 3. Created for the Interactivity (DMA 28) course at UCLA.